You are here: Home / blog topics / At Home / How I almost got rid of Jon Dell

But, I wanted to talk about the first ever gift he bought me, and how after that, I’m surprised he stuck around. Why? Cuz I was (not on purpose) a bitch with my reaction.  Thank goodness he was a good sport, and we can now laugh about it. Although I was laughing about it 2 seconds after it happened…

It was my birthday – 2 months after we started dating.  We had dinner at my apartment and after he said “Gift time?” um, YES PLEASE!   He pulled out a gift bag and it was heavy. Always a good sign!  I opened the card, super sweet. I still have it somewhere. I always keep my cards.  Then I removed the tissue paper and saw this glimmering item staring back at me.  And I looked at him, and looked back at the bag. And pulled it out. 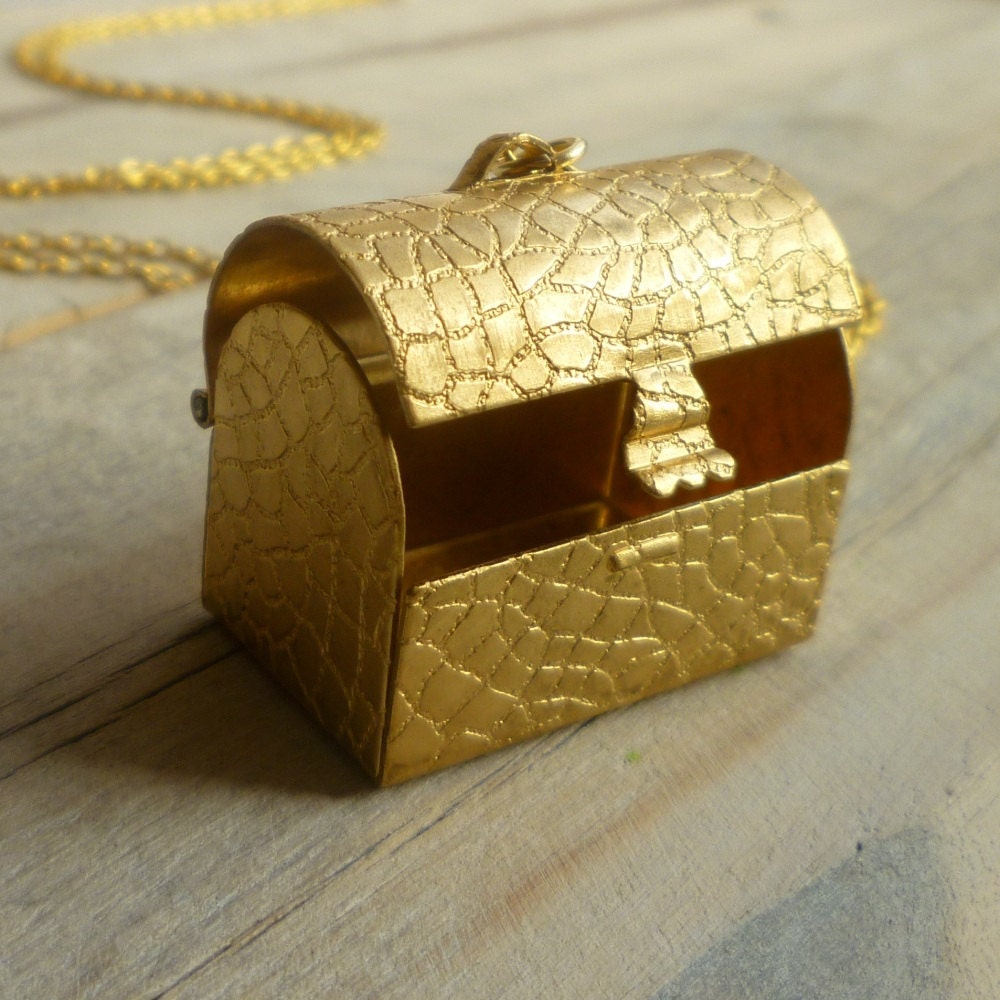 (not the actual purse. but pretty close)

It wsa a gold metal purse in the shape of a treasure chest. Obviously my filter sucks because I burst out laughing. I thought it was a joke. And then I looked at Jon and though crap!  He said that he thought I was pretty fashionable and he wanted to get me something special so he went to this boutique by his job and the lady there helped him pick this out.  I immediately stuck my foot in my mouth, but at the same time, I couldn’t honestly keep something that I wouldn’t use. I’d feel bad.  So he basically offered to exchange it for something else.

We still joke about that first gift f rom time to time. And with last night’s conversation, I found this and sent it over to him with just simply “LOL What does this remind you of?”

He replied  See? I was ahead of my time!   Thank god he has a good sense of humor. And that my lack of filter didn’t have him running towards the hills!Do you have any bad gift giving stories? Whether you gave or received?? Please tell me I’m not alone here.

Leave a Reply to Suzanne @ The Wine{a}be Cancel reply